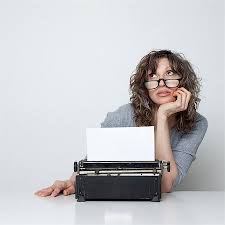 I read an article a couple years ago that said Danielle Steele sometimes writes for 22 hours a day, not even taking a bathroom break or stopping for snacks. I don’t remember if anything was said about a bedpan under the desk. This method would never work for me. I love snacks too much and often use them as a reward for completing the smallest of goals. When I taught high school English, my coworkers would say how they spent eight hours at a Starbucks and graded all these essays. Again, not me. I would set a goal to grade two or three in a sitting and then find some snack to reward myself for my hard work.

I wrote Man Up in increments of 400-700 words. Seven hundred words was a pretty good day. Eventually, those hundreds of words over the course of months and months added up to a whole book. The War on All Fronts was written in a similar fashion, but maybe it was about 500-800 words at a time. Apparently my stamina was growing. A couple times I broke the 1k mark.

A member of my writing community introduced me to the Pomodoro Method in which you focus on a specific task for about 20-30 minutes. Several times during the revision of The War on All Fronts I used this method. I found that I could sometimes write 600 words in 25 minutes. If that was the case why wasn’t this book finished a long time ago? I have no idea. But it was the same result as the first book. Those hundreds of words. Those half hour blocks. They eventually added up to a whole book.

Use the bathroom. Eat the pretzels. Scoop the ice cream. And write more words!